Constructions of the child in care: generating alternative figurations of children and childhood in care that may be useful for multi-agency network practices 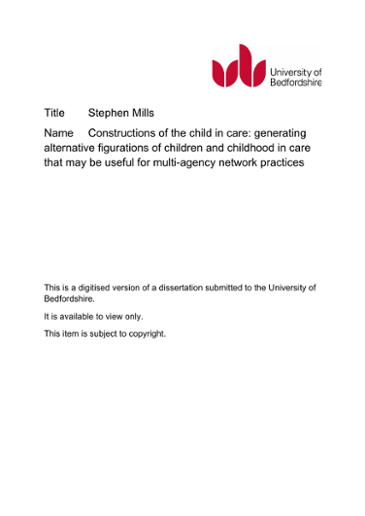 Mills, S. (2020) 'Constructions of the child in care: generating alternative figurations of children and childhood in care that may be useful for multi-agency network practices'. University of Bedfordshire. Professional Doctorate thesis.