Overview of the interactive task in BioCreative V 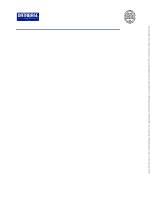 Fully automated text mining (TM) systems promote efficient literature searching, retrieval, and review but are not sufficient to produce ready-to-consume curated documents. These systems are not meant to replace biocurators, but instead to assist them in one or more literature curation steps. To do so, the user interface is an important aspect that needs to be considered for tool adoption. The BioCreative Interactive task (IAT) is a track designed for exploring user-system interactions, promoting development of useful TM tools, and providing a communication channel between the biocuration and the TM communities. In BioCreative V, the IAT track followed a format similar to previous interactive tracks, where the utility and usability of TM tools, as well as the generation of use cases, have been the focal points. The proposed curation tasks are user-centric and formally evaluated by biocurators. In BioCreative V IAT, seven TM systems and 43 biocurators participated. Two levels of user participation were offered to broaden curator involvement and obtain more feedback on usability aspects. The full level participation involved training on the system, curation of a set of documents with and without TM assistance, tracking of time-on-task, and completion of a user survey. The partial level participation was designed to focus on usability aspects of the interface and not the performance per se In this case, biocurators navigated the system by performing pre-designed tasks and then were asked whether they were able to achieve the task and the level of difficulty in completing the task. In this manuscript, we describe the development of the interactive task, from planning to execution and discuss major findings for the systems tested.Database URL: http://www.biocreative.org.